African beer in the Chadian basin since the 11th century.

A 134-page, highly illustrated study of traditional African beers, the ingredients and brewing techniques, and the confrontation between the pantheistic ethnic groups of North Cameroon and the Islamic kingdoms (Bornou, Kanem, Wandala, Baguirmi, Caliphate of Sokoto, etc)..

This part of Africa has an eventful and documented history since the 11th century. This outstanding background enables us to trace a fairly complete history of traditional African brewing, freed from the colonial gaze and based on written documents and African testimonies (oral traditions). This history highlights a thousand-year-old confrontation between two antagonistic socio-political systems. The system of the Chadian basin ethnic groups is based on cereals, self-sufficient food production, flat social structures, and beer as a beverage of social cohesion, rituals and annual collective ceremonies. Conversely, the Islamised kingdoms, predatory by their very nature, are based on 'pagan' peoples enslavement, the trans-Saharan slave trade and centralised political powers.

This study explores the following issues :

Clic on the map to : 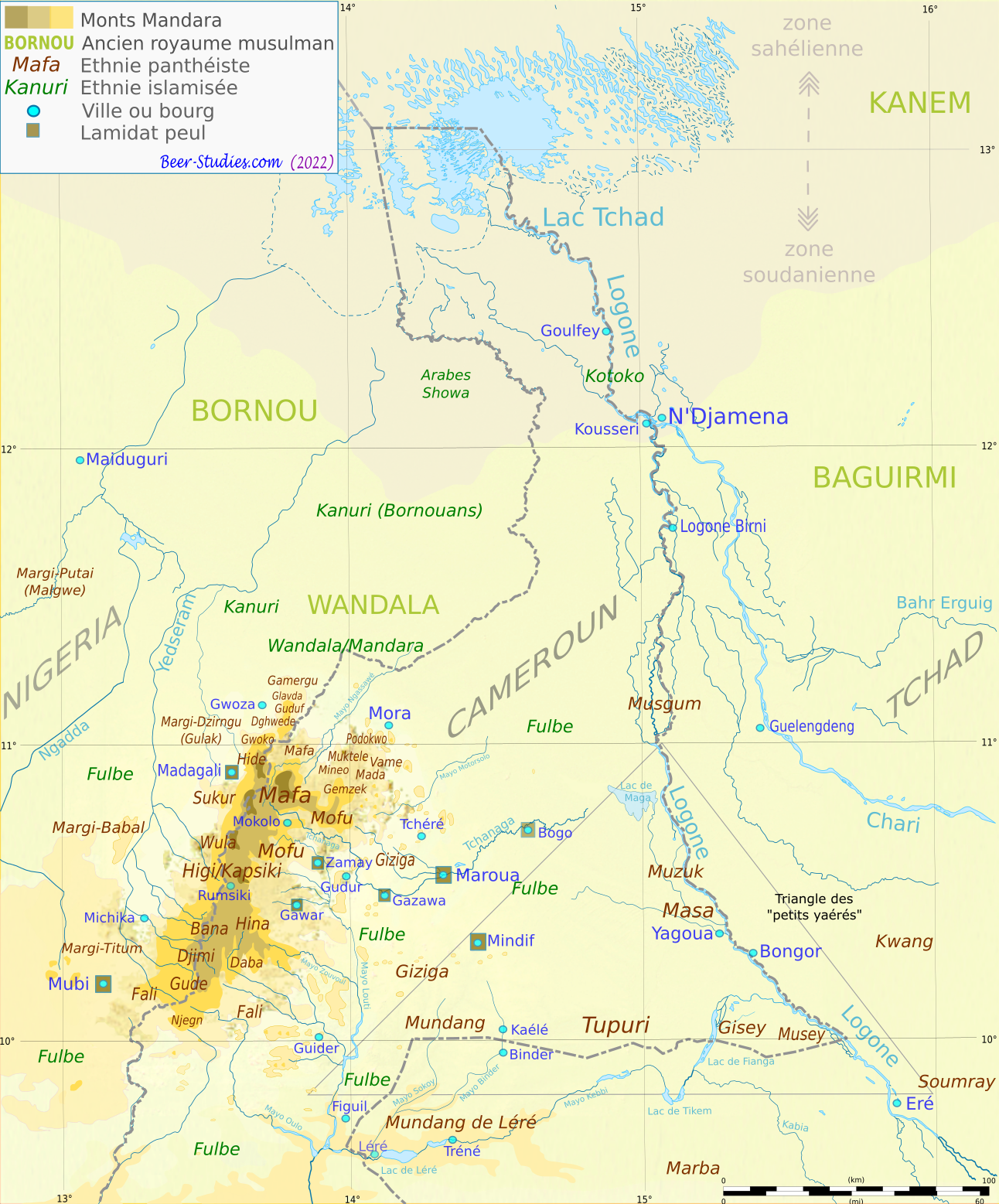