Article 1 of 5 Xhosa people and beer in Southern Africa 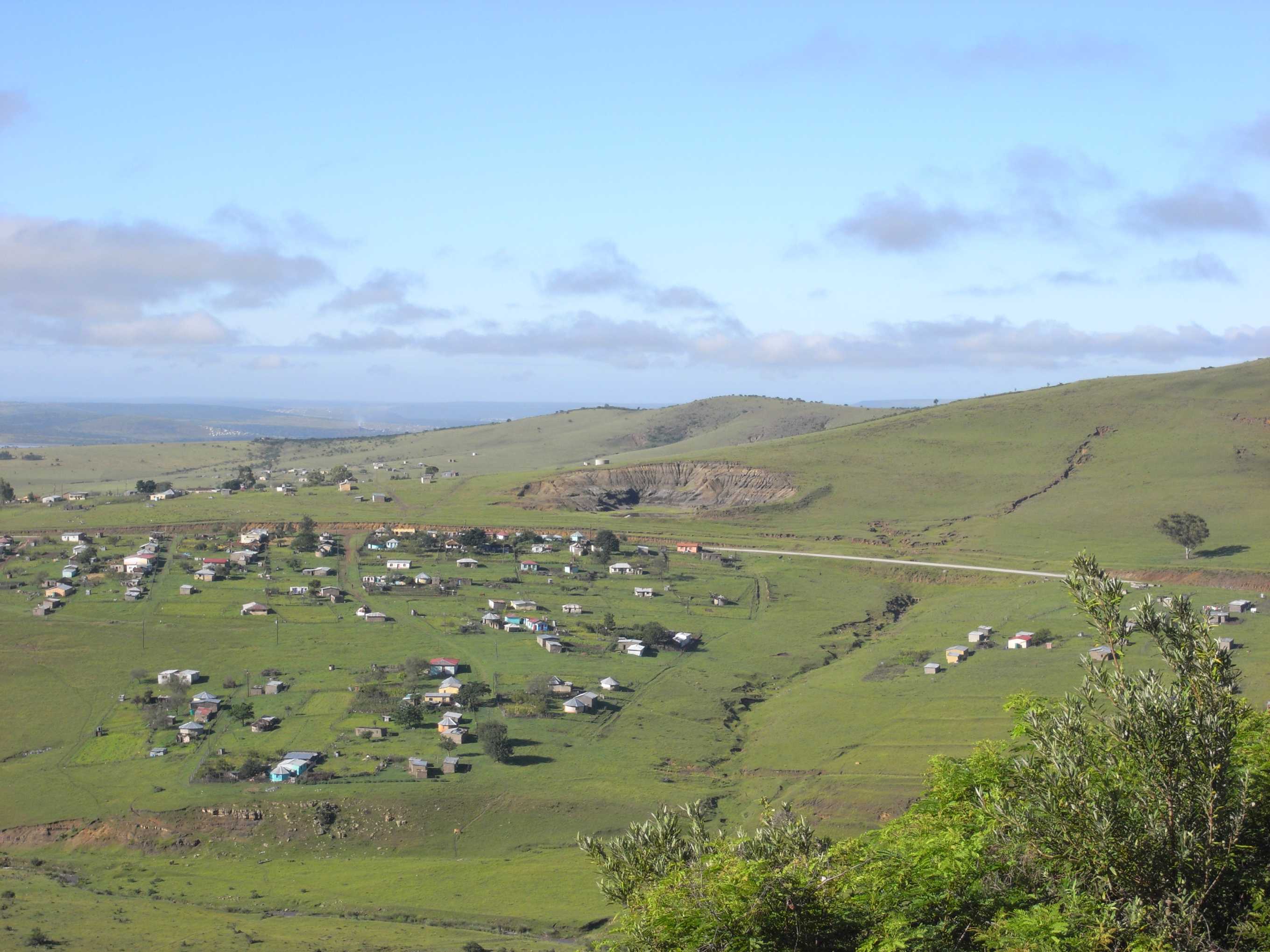 McAllister's masterly study published in 2004 illuminates a very important facet of beer history. Xhosa Beer Drinking Rituals explores the workings of beer drinking meetings (Beer drinking parties) organised by the Xhosa (South Africa) in return for collective work, mostly agricultural. McAllister reveals the economic mechanisms, the social logic and the political stakes that operate behind the apparent simplicity of these collective drinking meetings. McAllister also explains the historical events that have reshaped these beer meetings over the past two centuries and led to their current arrangement. 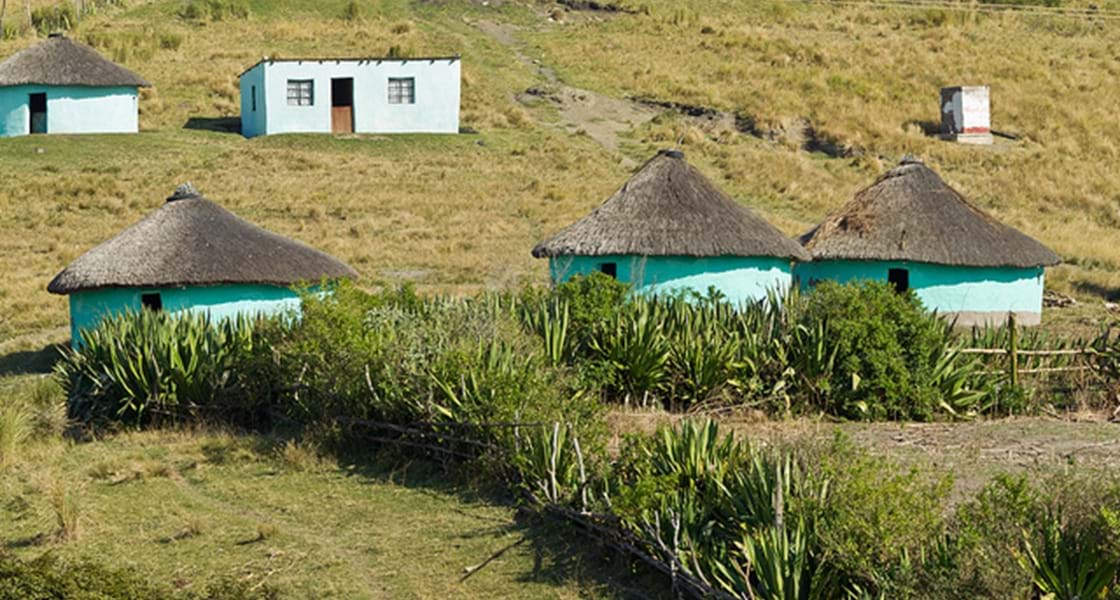 This book is noteworthy for other reasons. The Xhosa live in Transkei (Eastern Cape), a country annexed by South Africa in 1847 and subjected to the colonial rule that would lead to the official policy of apartheid in 1948. Beer meetings were a means of Xhosa struggle against the white colonial regime, an economic necessity and a living custom to assert their cultural identity and autonomy, and to oppose the work imposed by the white minority in plantations, mines and factories. The story of the beer meetings is part of a larger story of merciless conflict between African peoples and colonial powers, which in this part of southern Africa have used the most violent tactics and implemented the most extreme racial policies. The crucial political struggles of the Xhosa are reflected in their "beer meetings". Far from being mere 'drinking bouts' as presented by the promoters of Apartheid, these 'beer meetings' crystallise multiple social, economic and political issues throughout history and even today. McAllister reveals their complexity and historical deep-going.

McAllister's book is neither the first nor the last to examine the functioning and socio-economic issues of "beer meetings". However, it is one of the few that goes into the details of their analysis. The " beer meetings " have been studied in Africa, wherever they are practised or have been attested in the past. These "beer-for-collective-work parties" (Beer-Working Parties) are described on other continents and for other periods of human history. This more general historical phenomenon has become one of the models that American anthropologists use to explain the emergence of complex societies during Andean protohistory. These "beer meetings for collective work" combine an agrarian economic logic (beer for grain), a social logic (the work of some reinforcing the social status of a minority), and a politico-religious logic (ceremonies, banquets, collective drunkenness). This multidimensional dynamic makes this model a powerful analytical tool. It has been applied to Bronze and Iron Age societies in Asia or Europe. Beer-studies uses this model to explain the evolution of the primitive agrarian communities to the first complex societies in Near East 6000 years ago.

Clearly, the ''beer meetings'' of contemporary Xhosa cannot resemble those of the Sumerians, Celts or Incas. Everything is different: brewing techniques, social organisations, political context, religions, etc. Is it legitimate to look for any fundamental common characteristics?

For several centuries, the Xhosa have been both herders and farmers, like other peoples of the Bantu language family who colonised southern Africa around 300-500. They live on small, more or less autonomous family farms, all organised on the same model: grasslands for the farm's livestock, fields for cereals, gardens around small circular houses, a river and wasteland nearby. The Xhosa dwellings are scattered in valleys and hills of fertile soil. This family organisation and spatial distribution implies a need for cooperation between farms at certain times of the year. Some agricultural work requires extra labour that one homestead or farm alone cannot provide : clearing, harvesting, irrigation, building. Neighbours, relatives or clan members living nearby are called upon. In return, a large quantity of beer is offered and drunk by all those who have worked and possibly their friends. Reciprocity is required, especially for the harvest. Each farm takes turns to harvest its own fields by other people.

The beer brewed and offered is not a payment in kind but a compensation for the work done. It obeys the rules of sociability, solidarity and mutual aid between neighbours (McAllister 98). It pre-exists and survives the logic of the market economy (purchase/sale, payment for services, wage-earning) that the Xhosa have known and practised elsewhere since the 19th century[1]. Xhosa communal drinking is not a paid exchange for services (labour for beer) or a disguised barter of products (grain for beer). Nor is it akin to a general round of drinks with friends in a bar, each round calling for its reciprocal offered now or later. Nor is the collective beer drinking of Xhosa people an institutionalised binge. It is an economic necessity that has been socialised and has evolved through the turbulent history of the Xhosa and neighbouring peoples. McAllister masterfully explains all the issues and the magnitude of this social practice.

What kind of collective work before sharing the beer?

What kinds of beer?

There are several kinds of traditional beer in Southern Africa (McAllister 20-21). Alcoholic beverages (beer, wine, distilled spirits) are referred to in Xhosa as utshwala /utywala.

The general history of traditional beers in Southern Africa is beyond the scope of this article. The table below is limited to Xhosa beers, which are mainly brewed for drinking associated with communal work, friendly gatherings or rituals related to the ancestors.

The brewing of the umqombothi beer taken as an example is a long process, requiring relatively complex heavy labour. The malting of the maize takes about a week. It processes ¼ to 1/3 of the maize devoted to brewing, the other part remains as raw grains. The actual brewing takes 6 days. It requires many barrels (plastic nowadays), pots, cauldrons, filters, grinders and various utensils. It consumes water, firewood and other fuels (dried dung, vegetables) and beer ferments.

The brewing methods differ according to region, raw material, season and context. The earliest records state that beer was brewed with sorghum, millet or eleusine in South Africa before the arrival of Europeans (McAllister 20-25). According to Bryant (1949, 274), the oldest grains used for brewing beer in southern Africa are eleusine (Eleusine coracana) and millet (Pennisetum). Zulu vocabulary clearly distinguishes these two plants (uNyawoti = Pennisetum, ūPóko = Eleusine). The Portuguese introduced American plants in the 16th century: maize, sweet potato, potato, squash. Maize was gradually introduced into brewing schemes by modifying both malting and brewing. The brewing method variants involve the use of sugar to increase the alcohol content. Southern African peoples have also mastered the technique of brewing ferments made from the roots of Glia gummifera, among other plants. These sophisticated brewing techniques are a far cry from the primitive mixtures that Westerners imagine.

[1] The first contacts of the Xhosa with European merchants and missionaries took place at the beginning of the 19th century. The Portuguese, then the Dutch, established trading posts on the Cape coast as early as 1652 to enable their ships to obtain supplies of water, fruit, milk and meat, which were bartered for metal tools or beads. Hence the very early arrival of American plants carried by the Portuguese to southern Africa: maize, sweet potato, cassava and squash. The introduction of maize and sweet potato was to change local agriculture and brewing techniques.

[2] The people of southern Africa were masters of copper and iron metallurgy. Metal tools were not brought by Europeans. This error is due to the confusion between the Nguni (Zulu, Xhosa, Swazi, Ndebele), Sotho, Tsonga or Venda metallurgists and the Khoisan people of the first contacts who did not use metal. Bartering with Europeans on the coast provided Africans with cheap scrap metal that they could remelt. They already had metal tools. The Europeans were just a cheap source, at least at the beginning.

Article 1 of 5 Xhosa people and beer in Southern Africa