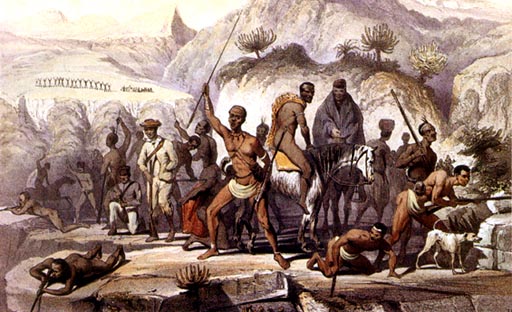 Xhosa and Zulu are the two major ethnic groups in Southern Africa during the Dutch and then British colonial period. Both have made beer the central traditional beverage of their social, daily and religious life.

From 1779 onwards, the Cafre Wars or border wars between Xhosa warriors and British settlers or soldiers shifted the border of Xhosa country eastwards, first to the Keiskamma River (Albany district, former Zuurveld) and then to the Kei River. For more than two centuries, the role and importance of beer varied greatly, as did that of the beer brews associated with collective farm work.

A brief history of beer in relation to agricultural work among the Xhosa of Southern Africa:

≽ Slow reduction in the size of family homesteads due to lack of land. Slow progress towards monogamy and decrease in family size. Hence reduced labour force. Formerly autonomous farms have to cooperate.

≽ Maize partly replaces sorghum or eleusine, two cereals used to brew beer. Sweet potatoes and squash from America are grown between the rows of maize. Increased production of food crops and more grains available for brewing beer. Various kinds of beer, some light, some stronger

≽ The economic interdependence of family homesteads increases with the reduction of farmland taken over by white people. "Invention" of beer working-parties.

≽ The income of an extended family depends more and more on the migration of men away from home, and less on local agricultural work in the homestead.

≽ The official Apartheid policy was reinforced and became official (constitutional) in 1948. The black population was confined to townships, black farming families were expelled to the Banthoustans, it was forbidden for black people to travel in the colony without a pass, etc. The economic and social life of the black population became a hell of misery and crime caused by poverty and collective despair.

≽ The beer working-parties also signify a form of cultural and political resistance for a part of the so-called "Red Xhosa". Another part, the so-called "School Xhosa", denies these customs and adopts some of the values of the settlers in order to become their equals[1]. 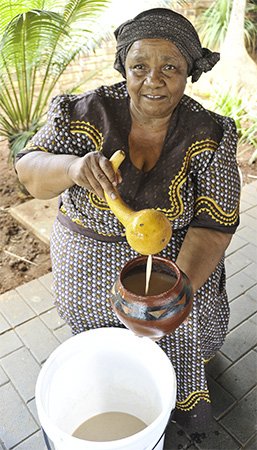 ≽   "Social invention" of beer parties for migrant workers leaving or returning to the Bantustans from white settler mines, plantations or factories (McAllister 123-150).

≽   The stranglehold of apartheid was loosened in 1994.

≽   Some Xhosa still adhere to the umqombothi beer-sharing as a quid pro quo for farm work. But the agricultural system that underpins this social habitus, the family homesteads, is being undermined by globalisation.

≽   In 2019, an amendment to the Liquor Product Act clarifies the definition of a traditional African beer to control its manufacture and sale. The trade in traditional beers takes them out of the context of customary and free sharing.

[1] The issue is much more complex and contrasting. Nelson Mandela's fate is emblematic. Coming from a royal xhosa/thembu clan, he assumed his traditional role of political leader for his own and other ethnic groups. An opponent of the Apartheid regime, he adopted some ways of struggle of the Whites (strikes, trade unionism, demonstrations, urban riots, international activism).