In Sanskrit, sindhu means "river" and refers in particular to the Indus, one of the great feeder rivers of the Indian subcontinent, cradle of one of the oldest civilisations on earth. The Indus Valley is the home of the brilliant Bronze Age civilisation, known as Civilisation of the Indus (3300-1500). Initially centred on the Indus basin, it extended northwards during its maturity (2600-1900 BC), towards the valleys of the Ghaggar-Hakra (ancient river Sarasvati of the Vedic texts), the Doabs in the Punjab and the Ganges-Yamuna in the north-east. At its peak, it covers the largest territory of all ancient civilizations (approx. 1.260.000 km²). Its population is estimated to be about 5 million.

Like the Mesopotamian, Egyptian or Chinese civilisations, the Indus civilisation is fed by rich and vast alluvial basins, regenerated by annual silty floods. The mighty Indus River rips its sediments from the high valleys of the Himalayas. Barley, wheat, einkorn and emmer are cultivated here, a legacy of older cultures such as that of Mehrgarh (Pakistani plain of Balochistan) where the domestication of these cereals was already acquired around 7.000 BC, with that of dates and jujube tree. This cultivation of cereals is partially irrigated. Sheep, goat and water buffalo are reared here[1]. 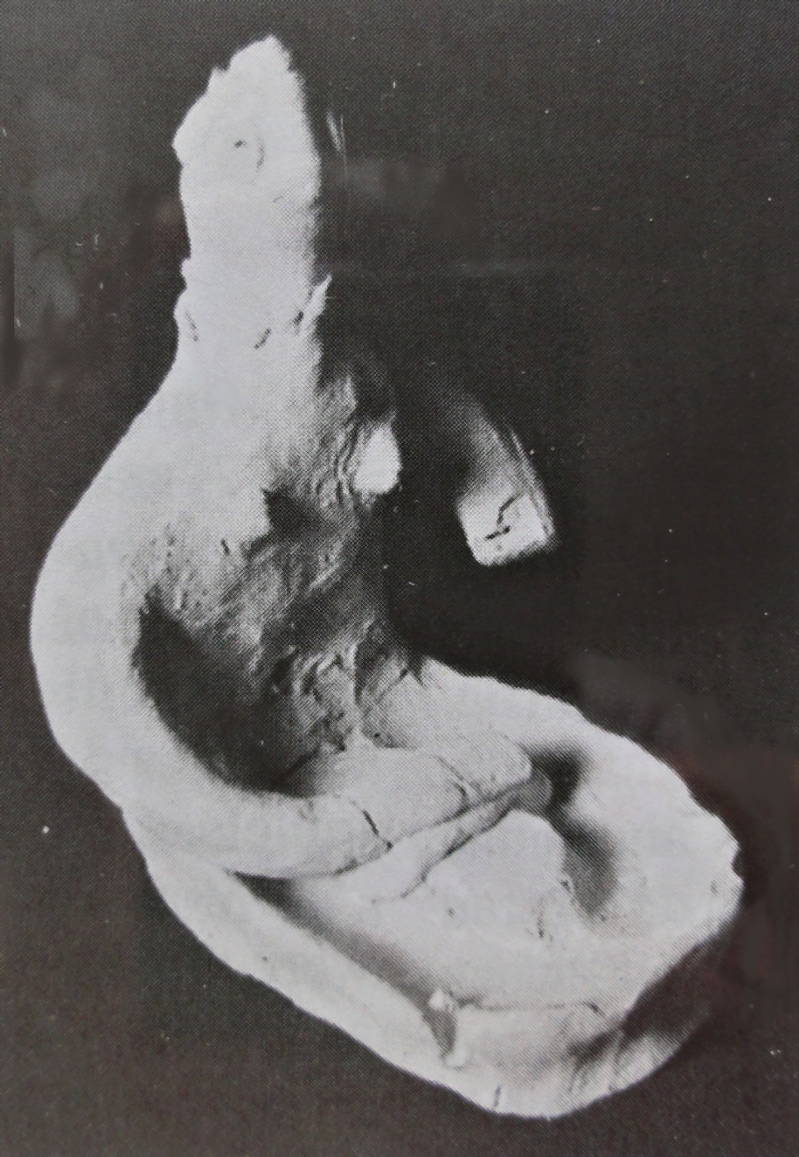 On this agricultural fundations, the inhabitants developed metallurgy (copper, bronze, lead, tin) and crafts. Next to the villages, towns with multi-storey houses, paved streets and drainage systems grew up. The seals engraved with a script, that cannot yet be deciphered due to the lack of bilingual documents, are indicative of an advanced cultural development. They may serve an accounting practice (management of the inflow and outflow of goods) which stems from a social complexity: multiplication of exchanges and hierarchisation of society[2]. The gigantic earthworks in the city centres require the mobilisation of a large workforce, the planning of works and the involvement of a central authority. Seals, statues and jewellery show that part of the population enjoys a comfortable material existence, a corollary of social stratification. In the heart of the towns, some buildings serve as vast storage facilities.

Architectures, statuettes and seals are interpreted as the fruit of an intense religious life that was centred on the cities and vast collective buildings. Some figures, interpreted as those of deities, bear attributes related to the agrarian world: ears of grain, cereals, fruit, animals, jars, vases and cups.

The three historical driving forces contributing to the birth of the brewery are united in the Indus Valley from 2600 BC:

Archaeologists have discovered material clues interpreted as utensils for brewing beer. Apart from the numerous earthenware pots and some large jars, a tomb of Harappa yielded a perforated pot (H. 20 cm, D. 8 cm) placed in a jar (H. 27 cm, D. 32 cm), among other vases and drinking cups. The whole was put at the foot of the deceased. This funerary set is considered a drinking and eating service to be used by the deceased in the other world. The perforated filter pot would have been used to filter the mash and collect the fermented grain juice, i.e. the beer, either inside the perforated cylinder as proposed by Kenoyer, or in the other way, towards the big jar[3]. But a doubt remains. This filtering device could also have been used to drain the curd from the milk, to separate the whey from the fresh cheese.

Decisive evidence of beer production is lacking. The writing of the Indus is not deciphered. Archaeo-biochemistry has not been asked to analyse residues impregnated in pottery (or its results have not been published). There is no obvious scene depicting a fermented beverage, as far as we know. Future archaeological research will, we believe, confirm the rule of the emergence of the Brewery in the heart of the cities of the Indus, a rule which has been verified in Mesopotamia, Egypt and China. This presumption is all the more reliable since the western borders of the Indus knew beer at that time (Shahr-i Shokhta, Tepe Yaya). Later, after the collapse of the Indus cities, the Vedic culture that flourished in the region around 1300 BC testifies indisputably to the presence of the brewery and brewing processes that were sophisticated enough to be the result of a long lasting autochthonous evolution.

[1] The site of Mehrgarh is one of the oldest agricultural centres in South Asia.

[2] The scriptural nature of the engraved signs of the Indus is the subject of debate. Some see them as a meaningful assemblage of symbols, not as a true writing system http://www.safarmer.com/fsw2.pdf

[3] J. M. Kenoyer 1998, Ancient cities of the Indus Valley Civilization, p 155 et Cat. no 192, p 236. Perforated jar found at Harappa, H. 20 cm, D. 8 cm. « Another distinctive vessel associated with the Indus cities is the perforated cylindrical jar that may have been wrapped in cloth and used as a strainer for the preparation of fermented beverages (fig. 8.16). These vessels have been found with burials offerings in the Harappan cemetery, where they are placed vertically inside large open-mouthed vessels (fig. 8.17) that may have been filled with fermenting mash, probably barley. From the cloth on the outside, the numerous perforations would allow the liquor to strain through and dipper in the central hollow area and be removed with a dipper or by long straws. Studies of the sediments inside these perforated vessels have not revealed the nature of the beverage being brewed, but ongoing research of the porous pottery itself may recover some traces of organic materials to help identify the vessels's contents. » (op. cit. 134). Les analyses promises par Kenoyer n'ont hélas pas été publiées.