Home > Exploring the historical time-space of beer > North America > The Ameridian brewery in North America > Beer amongst the State-less societies > The carob beer along Rio Grande and Colorado Rivers.

The Apaches and the maize beer.Article 12 of 18 The maize beers brewed by the Zuňi people.

The carob beers along Rio Grande and Colorado Rivers. 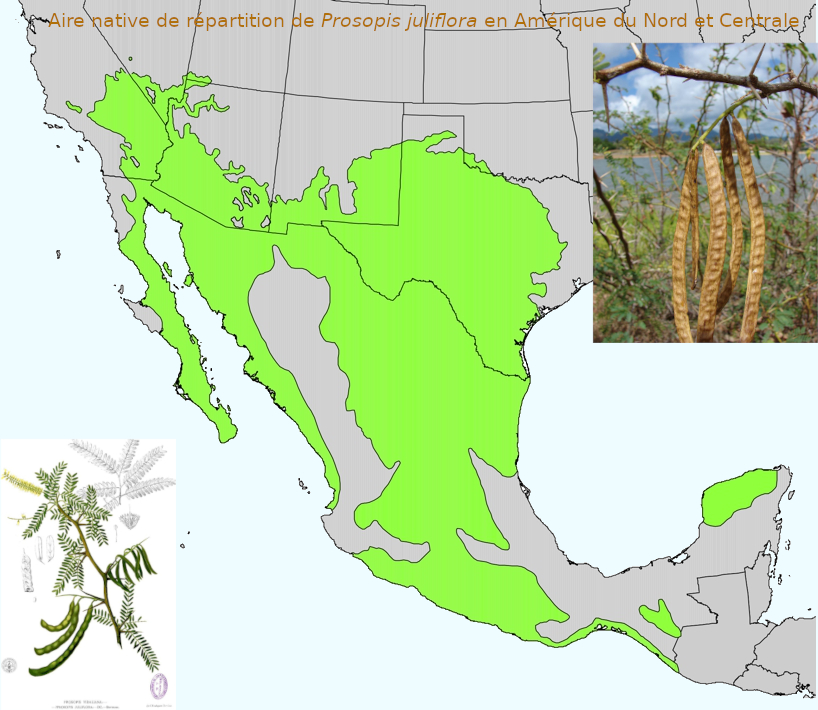 Carob beers are the traditional fermented drinks of the Amerindians of the region (Yuma, Pimas, Maricopas, Tumas, Apaches). They are already attested by the Spanish expeditions of the 16th century (See Spanish in southwest).

“The Mezquite (Prosopis Juliflora DC.) or the screw bean, "tornillo" (Prosopis pubescens Benth) are by far the most common trees or shrubs of the immense desert tracts drained by the Rio Grande, Gila and Lower Colorado, as it is the most useful to their inhabitants, supplying both food and fuel. The fruit is a bean-like pod containing more than half its weight of nutritive principles, especially sugar in the proportion of 25 to 30 per cent. and mainly starch; when cooked, pounded, mixed in water and strained, it yields a very nutritive and pleasant beverage called "atole"; this readily undergoes fermentation whereby a kind of beer is produced, formerly much used by the Colorado and Gila River Indians.” (Bell & Castetter 1933, 33).

In 1849, the California Gold Rush brought together American settlers and Native Americans who had survived the massacres committed by the trappers and the army. One of the routes to California passed through the confluence of the Colorado and Gila rivers, in the middle of Yuma territory. The Yuma grow maize and gather carob pods, which are abundant in the semi-desert areas of the Great Basin and Upper California. Carob seeds are used to brew beer : 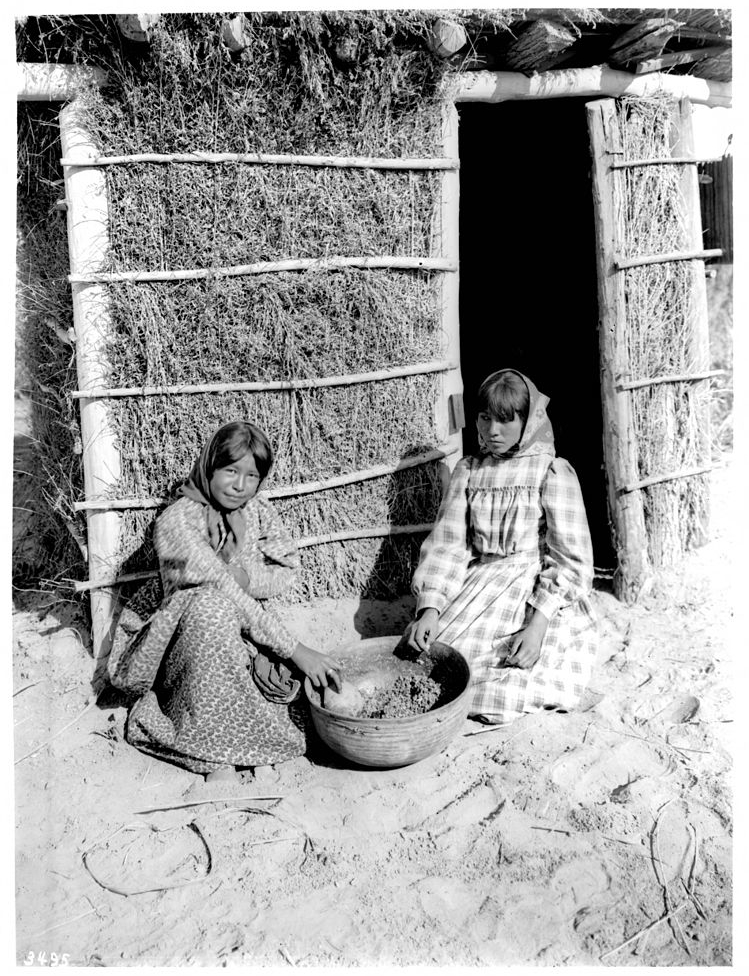 A beer made from carob seeds prepared by two Chemehuevi girls around 1900. 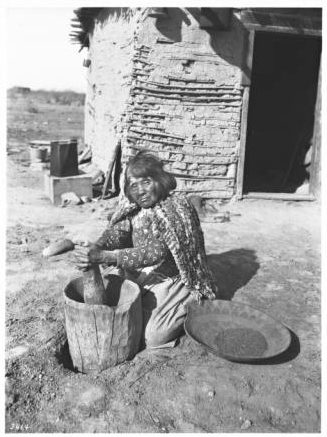 Mojave Indian woman pounding mesquite beans in a metate made from the stump of a tree ca 1900.

“The Aborigine at the junction of the Gila and Colorado rivers as well as those on Tiburon Island has a curious custom in connection with the mesquite liquor. Mesquite pods were steeped in water and left to ferment. The natives chewed them, swallowed the liquor absorbed, and then spat them back into the fermented liquid. These pods were chewed over and over again, and by different persons, often as many as 20 or 30 times.” (Cherrington 1925, 7). Cherrington tire son information du récit de Benjamin Butler Harris, émigrant vers la Californie en 1849 et ayant traversé le territoire des Yuma à la jonction des rivières Colorado et Gila (The Gila trail: the Texas Argonauts and the California gold rush).

The Yuma tribe, also known as the Quechan, lived in the states of California and Arizona along the Colorado River. The Yuma tribe fiercely resisted the invasion of their homelands and fought against the US in the Yuma War (1850–1853). The name of the most famous chief of the Yuma tribe was Chief Pasqual. In 1890 Dr. W.E. Ferrebee, a special agent to the Indians, reported that "a very acceptable beverage, called pissioina, was prepared by the Yuma by roasting wheat grains over a charcoal fire until they assumed a light-brown color, after which they were pulverized, dissolved in water, and allowed to ferment before drinking." (Hrdlička 1908, 28).

Since wheat was not a Native American grain, it was concluded that this pissioina beer was an imitation of the European settlers' beers created during the 19th century, and not an authentic amerindian beer. In 1890, the Yuma, reduced to about 1,000 people, were confined to reservations, deprived of farmland and fed with bi-weekly rations from the US army, including wheat. Without the ability to grow maize or pick carob pods, the Yuma replaced it with wheat to brew their beer. Such substitutions of starch sources to maintain a brewing tradition are common in the world history of beer, especially among the Amerindian peoples whose economic and social survival has been so often upset since 1492.

Carob beers appear to have been brewed over a wider area from Texas to New Mexico:

The travel diary of Francisco Garcés, a Franciscan missionary who travelled between 1770 and 1776 in Arizona and California, mentions the atoles de semillas of the Amerindians living in these areas, which were half drink and half porridge: "for it was a profusion of watermelons, muskmelons, corncakes (panes de maiz), gruels of seeds (atoles de semillas), and fish that they presented to me.” (Garcés 1775, 174)[1].

[1] Atole is a name used in Cuba and Mexico for a kind of gruel made from ground corn. In Peru it is called mazamorra. Pozole is an Aztec name for a porridge or stew made from barley, beans or other ingredients. As for chicha, all these words were coined by the Spanish colonists to designate Amerindian realities almost unknown in Spain, that is thin slurries from various kinds of meal which could be fermented or not.

The Apaches and the maize beer.Article 12 of 18 The maize beers brewed by the Zuňi people.