Svāgata drunk with sura-beer at the foot of the Buddha

Drunken with surā-beer, Svāgata falls down to the Buddha's feet.

Svāgata, also named Sāgata, is a poor wretch, ostracized because of his bad karma. His troubles and woes testify his bad karma for his relatives who abandon him to his fate. Saved by the compassion of the Buddha whose path he crosses and who invites him to follow his teaching, Svāgata becomes one of his servants and faithful follower. He quickly goes through all the steps towards Enlightenment.

He is several times, at the request of the Buddha, the "demonstrator" of the powers given by the Teaching. He does wonders in front of the crowd, disappears, reappears, flies in the air, spits smoke or fire, ... and finally prostrates himself at the feet of the Eminent Buddha before the assembled laity. What about the Teacher whose pupil is so powerful !

But the same Svāgata illustrates in the Vinaya the ruin caused by the rice beer. The disciple endowed with so prodigious powers becomes a drunken man as weak as a child, as unconscious as an animal, as disrespectful as the worst of beings. Three major offenses in regards to Buddhism: the body is debased, the mind obscured, the social bond broken.

The story of Svāgata falling into an ethylic coma draws some lessons from the consumption of fermented beverages. There are several versions of the Vinaya-pitaka, some written in Sanskrit/Pali, others taken from ancient texts brought to China by Buddhist monks around the 1st-2nd centuries and translated into Chinese, and finally the Tibetan versions which tell that same story.

The Pali version is the shortest one. Now a perfect accomplished monk (arhat) under the guidance of the Buddha, Sagata performs wonders in front of the crowd and the troop of faithful who follows the Buddha in his peregrinations. He has just defeated a demon Naga with his powers and converted him to follow the Doctrine taught by the Buddha. The naga commits harmful actions because he inherits the faults committed in a previous life. As proof of his conversion recognized in the eyes of all, the naga receives the Formulas of Refuge and the Five Precepts. In order to cease his present state of existence, he shall not kill, steal, commit immoral practices, drink alcoholic beverages, or lie. Thereby, a victory of the Dhamma over the cycle of bad rebirths:

The teaching is clear: the ingestion of surā-beer will annihilate the strength that the good disciple Sagata derives from the Dhamma. 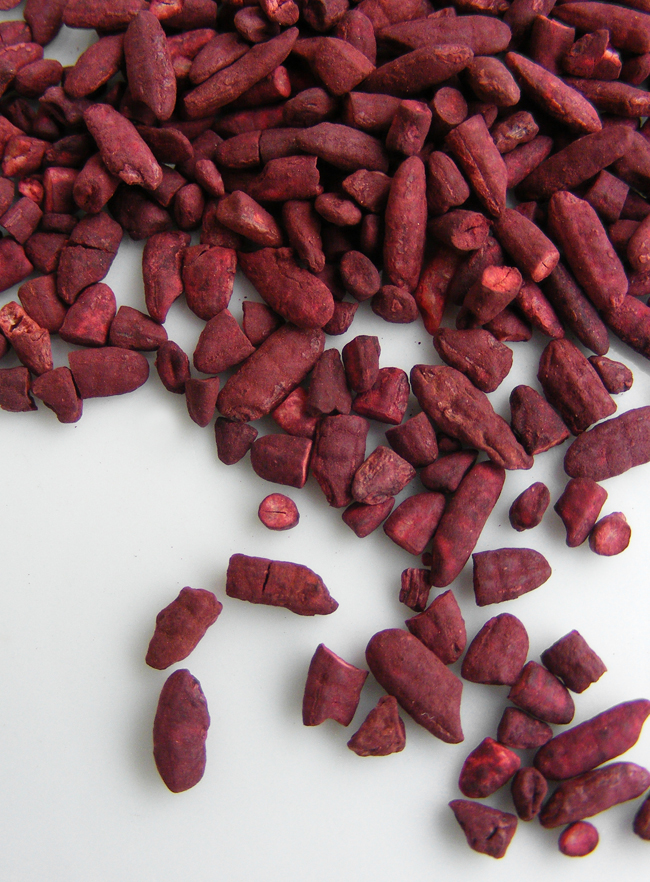 How do we know that the pigeon-liquor" refers to a rice beer?

The Commentary of the Vinaya explains that the name of the beverage derives from the colour of the pigeon's legs, likely reddish-purple it is thought. If we exclude a colouring of the beverage with macerated flowers or berries, only a rice beer can show such a colour. Provided it has been brewed according to the method that became traditional in northern India during the 1st millennium BC: combined "mould + yeast" culture on a substrate of cooked glutinous rice or millet, to obtain a ferment that transforms the starch from rice or millet into fermentable sugar (thanks to moulds), and the latter into alcohol (thanks to yeasts). The strains of Rhizopus or Monascus purpureus give a reddish-orange-violet colour to a cooked white rice. In ancient China, some rice or glutinous millet beers are classified according to this colour range, as there are naturally coloured rice varieties: purple, brown or black. As this "pigeon's liquor" intoxicates Svagata strongly, there is only one possible answer: pigeon's liquor is a rice beer with a high alcoholic density. Why a beer from rice instead of millet or barley ? Because at the time of the Buddha who roamed the Ganges plain with his disciples, rice became the main cereal.

The matching translations also give us information about the nature of the fermented beverages mentioned in the Buddhist Canon texts. surā (in Pali), chan + grains (in Tibetan), jiu + grains (in Chinese) each time refer to beer in these three different languages.

Designations for beers and other fermented beverages in Pali, Tibetan and Chinese.

Other clues corroborate the identification of "pigeon liquor" with rice or millet beer. They come from the Chinese version of the Vinaya-pitaka. It was fully translated in 703 by I-ching, from the manuscript he himself brought back from India (Ch'in 1947, 220). It is based on the Sanskrit Canon[5]. In addition to its variant of the misadventures of Svagata, it elaborates the detailed analysis of the prohibition of fermented beverages.

[1] Large commercial city of the time, in present-day Uttar Pradesh on the edge of Nepal.

[2] Powerful demon, destroyer of crops, defeated by the magic of Sagata at the request of the villagers.