Barley beer at Shahr-i-Sokhta in Eastern Iran (3000 BC)

The polyphenols analysed from the residues found in a grave of the Shahr-i Shokhta archaeological site lead to the same conclusion: presence of alcoholic fermentation. It is here associated with remains of grains and grapes, therefore with beer and wine[1]. This city and necropolis of eastern Iran (province of Sistan and Baluchistan) was founded around 3200 BC and abandoned around 2100 BC. It is one of the largest urban complexes of the Bronze Age (150 ha). Its western area contains between 25,000 and 40,000 tombs. The inhabitants are farmers and experienced craftsmen (pottery, basketry, stone). No weapons have been discovered on the site.

Drinking goblet decorated with
a goat or an ibex. 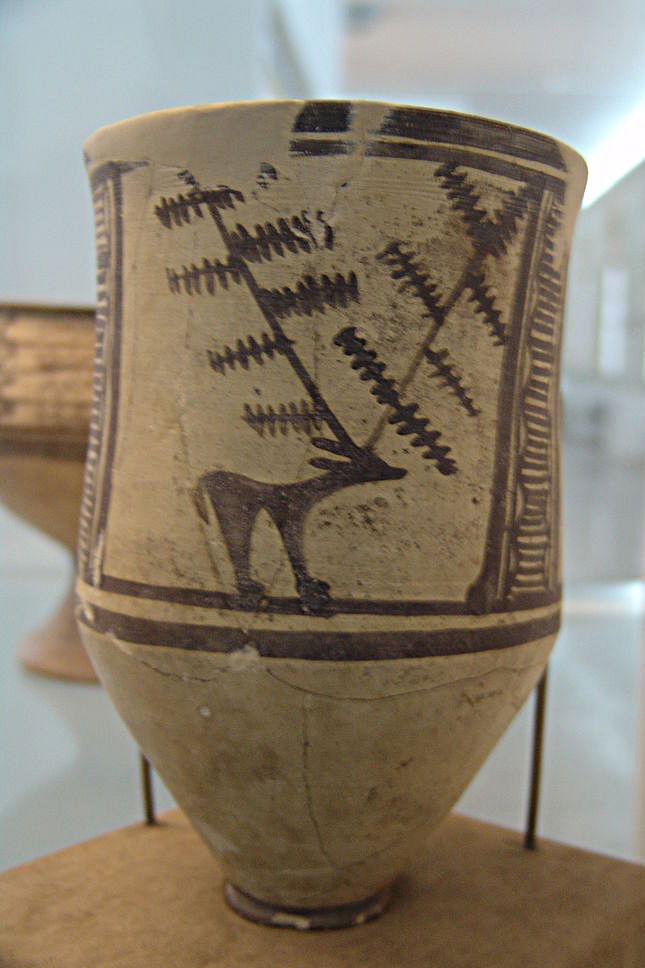 Contemporary to the rise of the first city-states in Mesopotamia, Shahr-i Shokhta shows that such cities appear and develop in several independent regions of the world. Moreover, these urban centres are not isolated: a vast commercial network covers the whole south of Iran and connects the Indus and Tigris-Euphrates valleys in the middle of the 3rd millennium.

Proto-urban cultures preceded this period in Syria, Iraq and the Levantine coasts. They suggest that brewing may have developed in the Near East two or three millennia earlier. But we have no evidence (archaeological remains, analyses of chemical residues) to formally associate these first enlarged and urbanised sedentary communities with the production of grain-based fermented beverages.