Granaries and plentiful of beer at Chagar Bazar city

A few tens km westward of Šubat-Enlil, the tell of Chagar Bazar shares at the beginning of the 2nd millennium the same regional culture and benefits from the same favourable conditions for agriculture. This fertile steppe is home to many tells. These are mounds resulting from the terracotta wastes accumulated by humans on which the Mesopotamians used to build their houses and towns, layer after layer. These tells, sometimes as wide as hills, are the vestiges of the vitality of the rural communities of that time[1].

These beer filters are copper sheets rolled up in the shape of a horn, the lower, narrower half of which is pierced. Most of the specimens found bear the inner traces of a fitting on reed tubes, so that they could be used as a beer straw. They are 45 to 52 mm long and were all found at the bottom of Level I funerary jars (1900-1600 BC). This context makes it possible to interpret the assemblage of straw + filter + jar as a beer service intended for the deceased. This by no way means that at the beginning of the 2nd millennium, the beer straw is still in common use for drinking beer. The rituals often shows archaistic features. On the other hand, the existence of these filters in a funerary setting indicates that the fermented drink is part of important rites, beyond its role as a daily beverage. 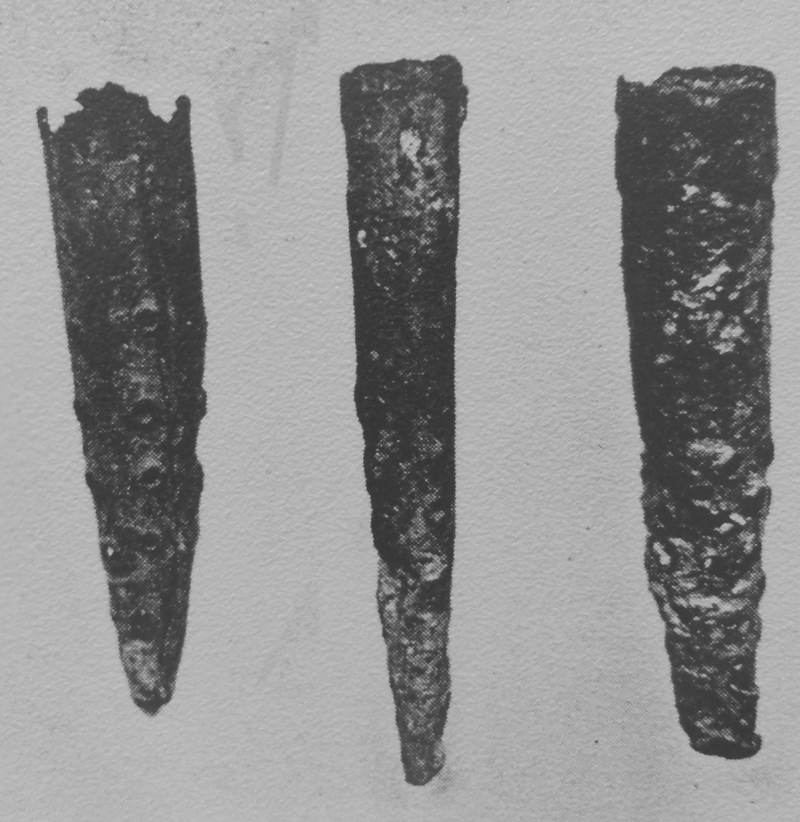 The clay tablets cover a short period of 8 consecutive years (1784 to 1777 BC) during which Chagar Bazar is politically bound to Šubat-Enlil, both integrated in the vast territory of the powerful Assyrian king Samsî-Addu (1796-1775 BC). The year 1778 is documented by 69 tablets, a likely outcome of an exceptional activity. That year, a population census, decided by the Assyrian king, forced his son Yasmah-Addu to pay a visit to various villages of the Upper-Habur where the Hanaean nomads of the region had gathered. On the 9th month, his presence is attested in the corpus of Chagar Bazar, but his administration, the scribes and the staff in charge of the census preceded him from the end of the 6th month[2].

An important troop is thus assembled, punctually increasing the usual number of staff in this Assyrian administrative outpost on Hananian lands.

What are all these people drinking and eating?

The tablets accurately account for ration distributions. They consist of barley, bread and beer between the 6th and 9th months of the year 1778. A batch of 113 tablets discovered in the room 106, part of a large palace-like building, seems to be a homogeneous archive preserved in a jar or a basket[3].

The tablet A.969 reveals that Kabi-Addu received 57,300 litres of barley from the palace silos on the 12th month of the year 1778. Such volumes are indicative of the nature of this archive. It concerns the management of the royal granaries. Are we in a modest administrative relay in the middle of the semi-nomads, or in the heart of a major urban centre of the region[4]? Chagar Bazar unveils the complex relationships woven at that time between a sedentary, sometimes sometimes temporarily settled urban population and semi-nomadic tribes.

The three types of barley beers already recognized at Šubat-Enlil also appear in the accounts of Chagar Bazar: the ordinary beer (kaš. ús), the upper grade beer (kaš.sig) and a special beer, a beer for his thirst (kaš ša zumišu). There is a striking parallelism in the brewing data between Šubat-Enlil and Chagar Bazar. To avoid redundancy, only the additional data provided by Chagar Bazar are discussed here.

The Table 1 summarises the brewing ratios (volume of grains: volume of beer) :

The usual beer = ratio 1:2 on average

Some tablets record barley rations for craftsmen and workers whose nominal lists are sorted by social categories. They are grain grinders, cooks, pig farmers, weavers, potters, skinners, carpenters, gardeners, shepherds, ... and even 2 brewers named Sa'adiya and Hazip-kuzuh (tab. A. 985). A barley account shows that daily rations of 3.2 litres of grain are given, half as bread, the other half being beer (tab. A. 944).

Matching the allocated barley volumes with the corresponding totals of beer rations provides instructive technical ratios for the 3 known types of beer. These brewing ratios are relatively steady for each category of beer. This assumes standardised brewing processes. The 3 beer qualities are well mastered, clearly distinct each other. Their stable ratios do not owe anything to chance. They are documented for the overall Syrian area at that time (archives of the Allalah, Shubat-Enlil, Qattara, Mari palaces). These data confirm the improvement of the Mesopotamian brewing processes during the second millennium BC.

Of these three qualities of barley beers, only the upper grade beer is distributed to everybody. The upper beer is also produced and consumed as part of offerings to the "šugunû of the gods" and to the "sukkušakû that accompany the gods "[5]. This custom reflects the importance of beer in the religious sphere, extending the testimony of the beer filters associated with funeral rites.

The upper grade beer, coming from the warehouses of Chagar Bazar, travels in small quantities (20-40 litres or a few jars) to nearby localities (Urgiš, Sabbãnum, Atnuhum) or to Šubat-Enlil, the capital city (tablet A.994 ). These beer shipments confirm the close political links between Šubat-Enlil and Chagar Bazar. The beer jars are conveyed as merchandise or as a viaticum for travellers who do not want to die of thirst on the way.

The beer ša zumišu is to be considered as a luxury beverage, as it is a denser beer intended for a privileged category of people. Unfortunately, the literal translation beer of (for) his thirst gives little indication[6]. It is undoubtedly contrasted with the alimentary beer, basic beer. It is drunk by high-ranking characters.

Typical shapes of the Khabur region tableware, contemporary with the kingdom of Upper Mesoptamia.

The staff of the royal retinue receive their own rations. The allocations of barley, flour and beer to the king's son Yasmah-Addu highlight two important facts. Beer is served to the royal household and its close relatives. The quantities are high and the quality superior. Thus, on the day 10 of the 9th month of year 1778, Yasmah-Addu receives for his "meals": 50 (pots?) of beer ša zumišu, 90 litres of upper beer, 480 litres of common beer, 640 litres of span style="color:rgb(153, 51, 0);">gurnu beer, (tab. A. 953). The brewing ratio of this gurnu beer is unknown. The next day: 80 litres of beer ša zumišu, the same amount of upper beer and 1. 000 litres of common beer (tab. A. 935). Large amounts of beer, related to the size of the site, are delivered to the "House of Šubat-Enlil": 4,302 and 3,216 litres to supply what must be a royal residence or a palace.

The troop of Qardahat (unknown location) gathers 2.700 people and receives its share of bread and beer. The brewing requires 57.300 litres of barley taken from the palatial stocks. Such deliveries involve large silos or granaries, an indication of a thriving grain economy that can devote such a high proportion of its grain harvest to the brewery. Wherever the grain stores are plentiful, the brewery thrives in Mesopotamia!

The A.939 tablet reports a 240 litres output of "old barley" for ordinary beer. It is dated in the month mammïtum (December-January), when the silos are only half-filled with the last harvest whose grains have aged. Why does the scribe carefully specify that the barley intended for the ordinary beer is old?  Most probably because this barley comes from a less well preserved batch. The fact that it is used to brew an ordinary beer supports the idea that it is not only a low density drink (ratio 1:2), but also a beer brewed with an inferior quality or badly stored barley. Mould, dust, straws and miscellaneous earth particles, damaged grains, droppings from small rodents, will inevitably give the beer its unpleasant taste. A tablet from the palace at Mari speaks of an output of "old grains (coming from) the trade " at the beginning of the month Hibirtum (July- August)[7]. Here again, a good preservation of the grain was lacking, this time due to uncontrollable transport and storage conditions.

Chagar Bazar confirms the broad picture sketched about Šubat-Enlil. The brewery is an important economic activity in ancient Syria. Beer fuels daily and religious life, every social classes, and above all the ruling class, the royal family and retinue.

[1] The identification of the Tell Chagar Bazar with the toponyms cited in the tablets remains debated. Summary in Philippe Talon 1997, Old babylonian Texts from Chagar Bazar, Akkadica Supplement X, p. 4-5.