This so-called classical period saw the emergence and consolidation of the Vedic culture, its religious foundations, its social ideology and its great sacred texts.

This tradition, transmitted orally, is said to date from the coming of the Arya in the Indus region, around 1300 BC. It is fixed in writing much later, when the Ârya borrowed from the Persians the principle of alphabetical writing. They wrote the great classics of Vedism named Triple Veda : Rig-Veda, Sama-Veda, and Yajur-Veda (Veda = knowledge/wisdom ).

The versified hymns are collected in the Rig-Veda (Rgveda, abbreviated RV), the oldest of the three documents. The Rig-veda exposes an ideal social organisation based on 4 classes: that of the Brahmins, that of the warrior-rulers, that of the farmers-breeders-traders, and finally that of the enslaved peoples. This vision is carried by the most powerful of the Indo-Ârya tribes, the Bharata. The ritual songs are gathered in the Sama-Veda, the sacrificial formulas in the Yajur-Veda (abbreviated YV).

The Rig-Veda explains the preparation of the soma, sometimes allusively, and quotes the surā-beer, without precision.

The Yajur-Veda and other later texts describe the preparation of the sura-beer, although in an exclusively ceremonial context. Yajurveda text describes formula and mantras to be uttered during sacrificial fire (yajna) rituals, shown. Offerings are typically ghee (clarified butter), grains and surā-beer, aromatic seeds, and cow milk. 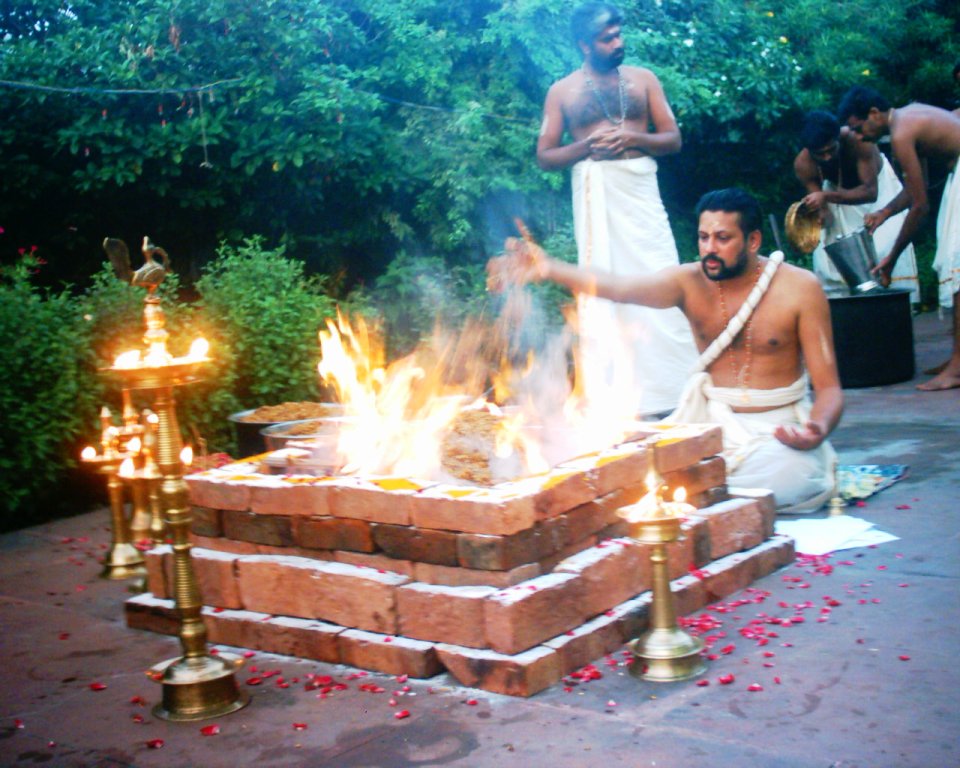 The complex rites performed by the Brahmins integrate the soma and the dairy products. When these rites involve the holders of power (chiefs, warriors), they foresee the preparation and offering of sura-beer. This beer is a secular beverage, drunk during festivals, celebrations and village rites. It is used in medicine. The documents do not allow to affirm that the sura-beer is a daily beverage, except for the class of chiefs and warriors.