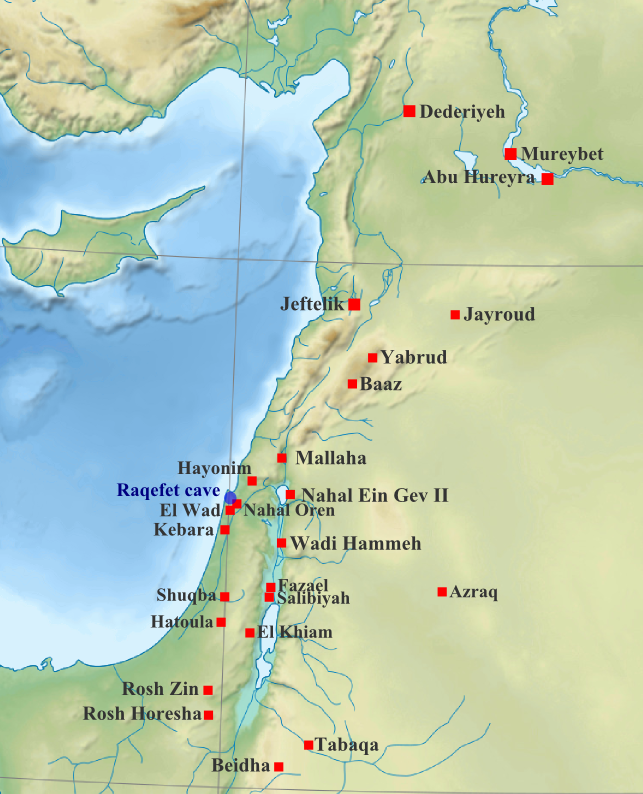 In 2018, an international team of archaeologists publish an extraordinary discovery. In a cave of ancient Jordan-Palestine inhabited by Natufians between 13,700 and 11,700 cal. BP, they found and analysed barley and wheat starch that had undergone germination and voluntary fermentation. 13.000 years ago, human hunter-gatherer groups brewed beer[1].

This discovery echoes the first analyses of a 5000 year old beer residue at Godin tepe. At that time, McGovern had detected the presence of calcium oxalate embedded in a shard of jar (Godin-tepe) . Since then, the methods of analysis have been perfected and diversified. Li Liu's team has analysed Raqefet's starch granules, their distortions and transformations which characterise the action of amylases and yeasts at certain key temperatures (≈60°-70°C). This is enough to say that the grains did not germinate accidentally. The cave is a place of funerary rites occupied by human groups, not a customary temporary camp for the Natufians hunter-gatherers. Mortars and grain remains indicate human activity focused on the use of grains. This set of data indicates that the brewing of beer was a deliberate and repeated action on the occasion of funeral rites. The cave is a place of burial (30 tombs, some with a flower bed) and collective meals (storage and on-site cooking of plants and animals).

This discovery reopens an old debate that could never be concluded. Did the brewing of beer predate the domestication of cereals? In 2013, the question had been re-launched by Hayden, Canuel and Shanse who pointed to the Natufians as the best candidates[2]. We are now aware that this is the case. There was an underlying issue in the debate. Who came first to the Middle East, bread or beer? This question will not be decided by the discovery at Raqefet. Indeed, another team discovered "Natufian" breads dating from the same period at the Shubayqa 1 site in Jordan (14,600-11,600 cal BP)[3]. Bread and beer are an inseparable couple. This complementarity has often been confirmed by archaeological data. The Natufians provide us with proof that it is much older than we thought since it predates the domestication of cereals. We could not have hoped for a more striking proof since these Natufians lived at the heart of what would become the Fertile Crescent around the 9th millennium B.C., i.e. 4,000 years later.

The question "Who came first, beer or bread? " is actually a false lead and a poorly asked question. At a time when humans collect food and drink in their environment, beer and bread are twin forms of food. Beer, porridge, groats, cakes and bread, fermented or not, are just steps in the same technical process that goes from liquid to compact and vice versa, with or without cooking. Technically speaking, bread versus beer = egg versus chicken[4].

The sole difference between beer and bread is the alcoholic fermentation. We then leave the field of food techniques to open the question of drunkenness and the role of psychotropic drinks in human protohistory.

The discovery of beer brewing in Raqefet upsets an established pattern. It was thought that brewing beer, apart from the accidental fermentation of grains, had become a permanent human activity since techniques, social structures and grain storage had made it possible 8 to 9000 years ago for the most advanced regions of the world in these matters (Near East and China). This pattern relies on socio-economic causalities to explain the birth of brewing. Granaries become a source of wealth, monopoly and political power. They lead to an increasingly marked social hierarchy until the transformation of grains into bread and beer becomes a means of political domination. This is best illustrated by the First villages, firsts brews for the very start of this process, and the sumerian cities-state, the Shang dynasty, the empire of the Maurya or that of Incas by these historical developments over several millennia. However, if beer precedes the domestication of cereals, this economic logic must be revised to explain the origin of beer. At least, we must modify this socio-economic reasoning to explain the presence of beer in periods as old as that of the Natufian hunter-gatherers. 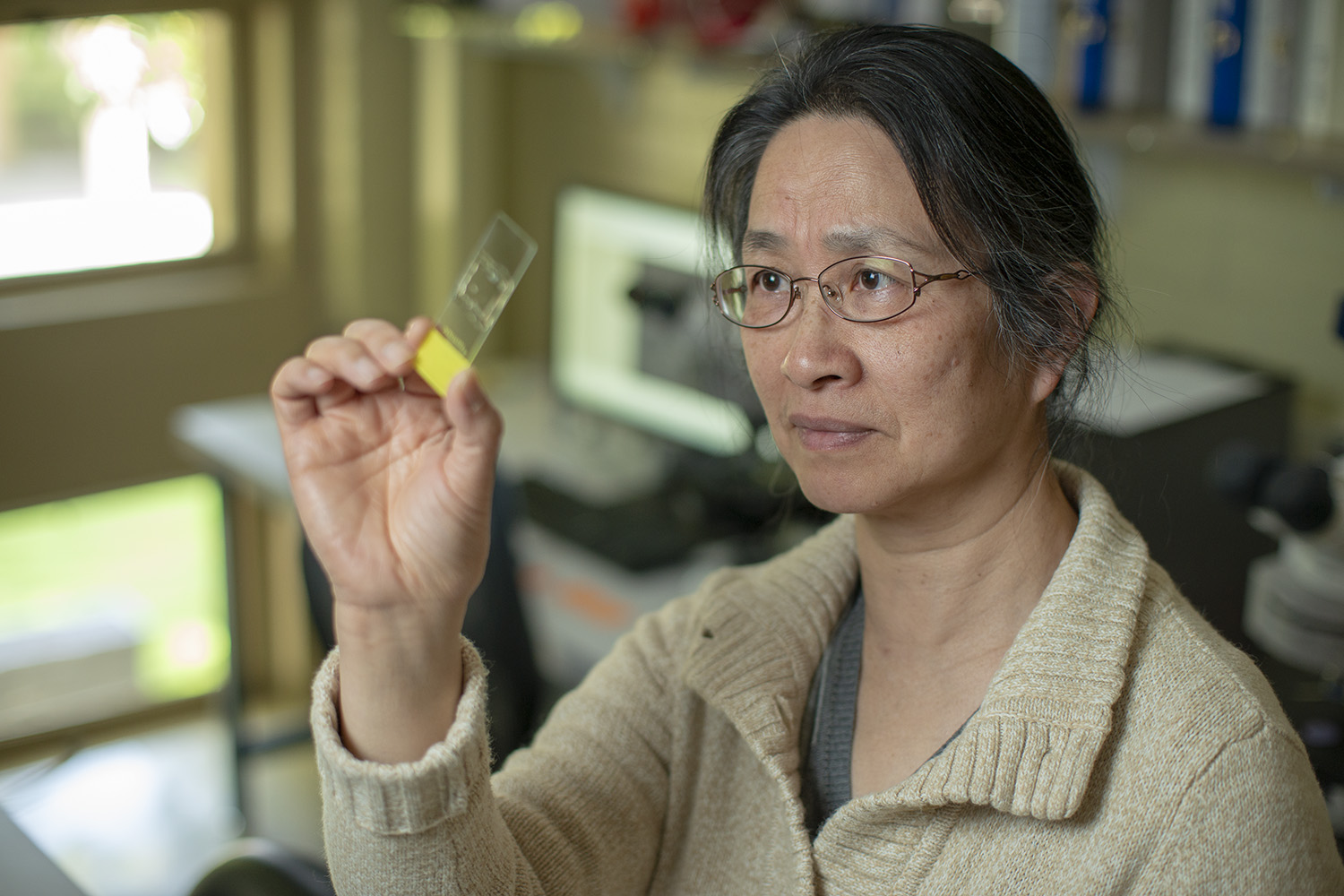 The Natufians brewed beer in a context of, let's say, magic and religion. At least that is what the archaeological context of Raqefet suggests. "The time and effort invested in the manufacture of deep stone mortars in mortuary contexts and in acquisition of knowledge apparently required for beer brewing indicate an important ritual function played by alcoholic beverages in the Natufian culture. The Raqefet Cave beer was likely very low in alcoholic content, but it accounts for the earliest known experiment in making fermented beverages in the world. " (Li Liu 2018, 792). Beer as a support for the human spiritual quest is as powerful a driving force as daily drinking and eating to explain the birth of the brewery. This is not a reversal of perspective, but a welcome readjustment that concerns the proto-history of beer before the Neolithic period.

The oldest data show that the spiritual dimension played an important role during the protohistory of beer and subsequently its historical development all over the world. This is evidenced by ethnologists, and by  the behaviour of present-day humans, even though they have become a-religious[5]. The global history of beer cannot be written without taking into account this essential dimension, which complements the technical dimension of the brewing activity and its socio-economic dimension.

[4] The conclusions of the findings at Raqefet have been disputed. Researchers see simple groats with possible accidental fermentation in the hollowed out cavities, not beer, because of their small capacity (1.5 to 3.5 l) and the occasional use of the cave for funeral rites (Eitam D. ' . Yo-ho-ho, and a bottle of [beer]!' (R.L. Stevenson) no beer but rather cereal-Food. Commentary: Liu et al. 2018. Journal of Archaeological Science: Reports. 2019 New_version_Yo-ho-ho_and_a_bottle_of_beer). Counter-argument: the distortion of the granules indicates a cooking at 60-70°C (with heated stones?). Nothing accidental. The customs of hunter-gatherers like the Natufians are too little known to speculate on their use of the cave, their use of fermented drinks and the expected volumes of beer.

[5] After millennia of Buddhism, Judaism, Christianity and Islam, alcoholic beverages no longer have any sacred aura and no longer motivate any collective spiritual quest. To illustrate this, the person who today would pour a few drops of beer on the ground to honour a benefactor deity before drinking the fermented beverage would be mocked. These gestures were commonplace among peoples who did not see beer as a simple refreshing beverage but one with a strong sacred potential.